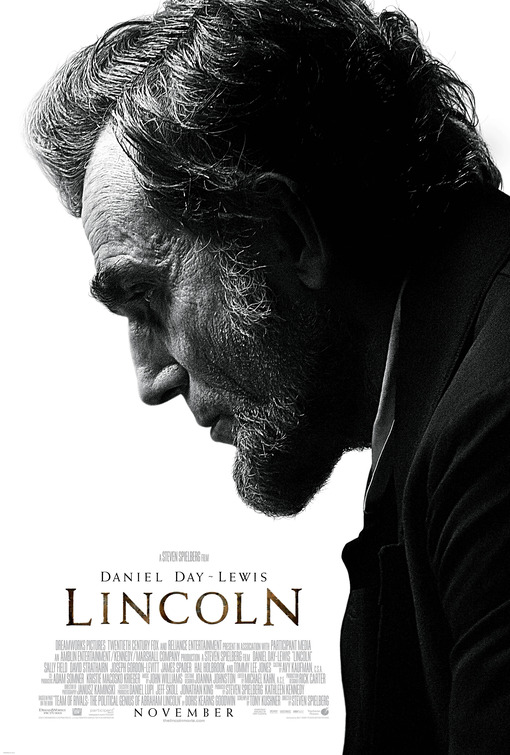 When one looks back over Spielberg's oeuvre, one notices that he doesn't stick to one genre, or make films for one type of audience. Lincoln fits closer to his war films like Schindler's List and Saving Private Ryan, than his more family friendly films (ET, Jurassic Park, Hook). While I can't see many saying this is their favourite Spielberg film, it is a very solid film that demonstrates his ability to direct actors.

Of course, having Daniel Day-Lewis as your lead is always going to elevate the story. Day-Lewis always disappears into each role he plays, and he does so here. His Lincoln is charismatic and very intelligent, and looks exactly like the many famous images of the president. Day-Lewis is supported by a very good cast, with Sally Field and Tommy Lee Jones the standouts.

One could have a very interesting (and long!) marathon of The Birth of a Nation, Gone With the Wind, 12 Years a Slave and Lincoln, four films that would give you arguments from each side of the Civil War. I really enjoyed this exploration of the politics behind abolishing slavery. As with all these historically based films, one must take the story with a grain of salt, but as a narrative it was rather compelling.
Posted by Julia Mac at 20:08