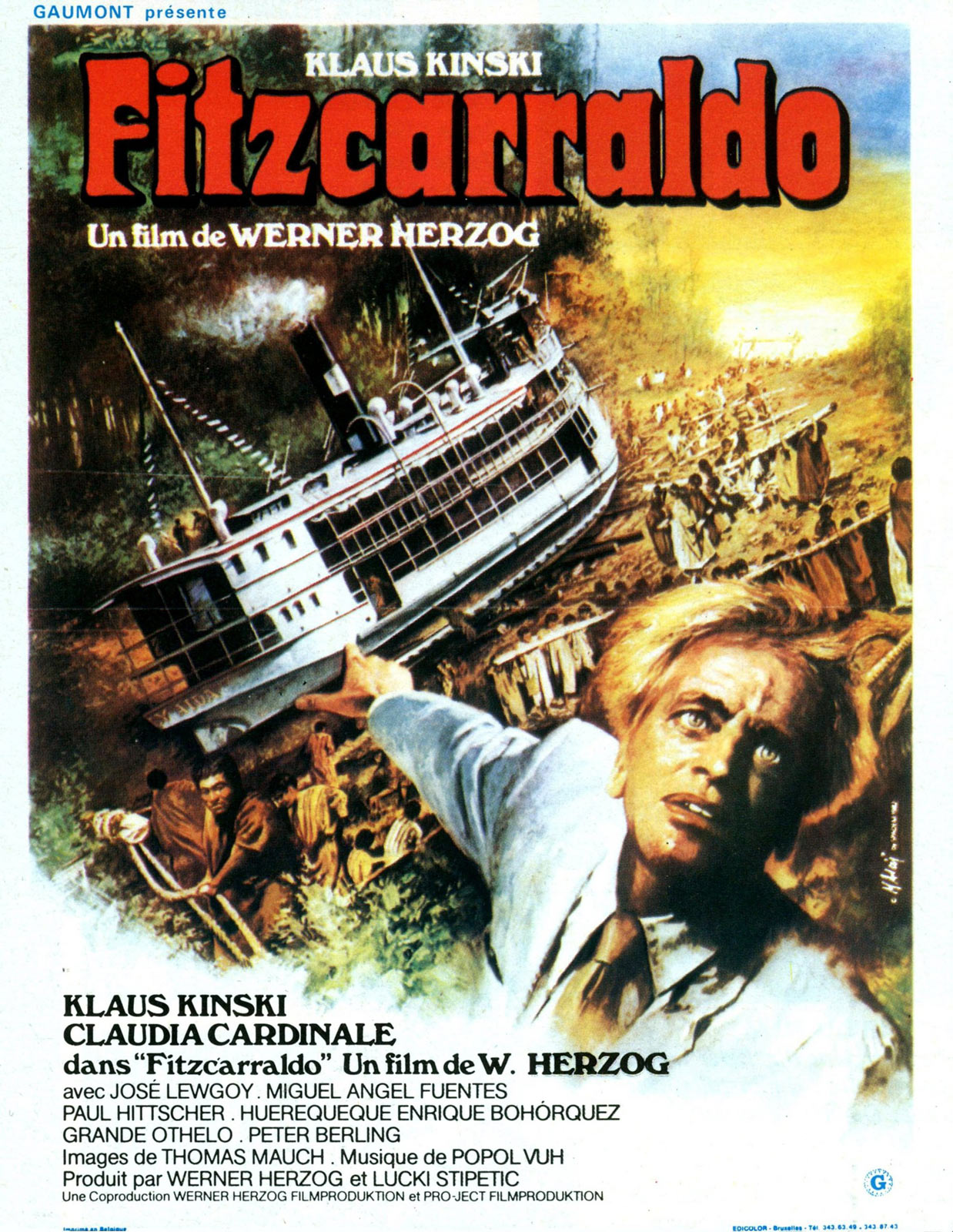 Fitzcarraldo reminded me very much of Coppola's Apocalypse Now with dashes of The Mission: a man travels up a river on a boat with a questionable crew, pursuing an end that has no guaranteed success. This film is equally famous for its behind-the-scenes events as it is for its on-screen story. The tension on camera remained when Herzog called cut; I can't imaging it was much fun for anyone shooting the film.

The film is not perfect, but the iconic image of the steamship groaning it way over the hill is striking. You imagine that today it would been done with CGI (and in 3D!), which would still look impressive, but we would watch it without the knowledge that Herzog actually did this. His owe mad determination is mirrored in Kinski's Fitzcarraldo.

Klaus Kinski has one of the most striking faces I have seen on screen. It was wonderfully melancholic and monstrous in Herzog's Nosferatu; here it distances him even further from the crew and indigenous Peruvians. He surveys everything with his penetrating and manic eyes.

This is one of those films I appreciated rather than loved; I am glad I saw it, and am increasingly finding Herzog a most fascinating director. After seeing Fitzcarraldo, I am interested in seeing his documentary about Klaus Kinski, My Best Fiend; their collaborations, though tense, were clearly fruitful.
Posted by Julia Mac at 04:08