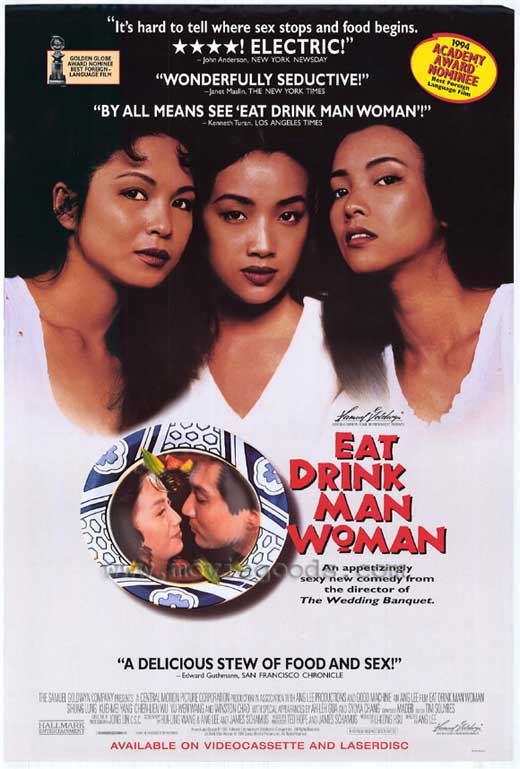 Ang Lee, in some respects, remind me of Billy Wilder; he has made a variety of films in his career, but each shows his ability to direct actors. In Eat Drink Man Woman, a family drama/ comedy, this is clear, and is also why his more visual films like Crouching Tiger, Hidden Dragon and Life of Pi struck such a chord; the characters have depth and insight.

The central relationship in Eat Drink is between Mr Chu and his middle child Jia-Chien, who are similar in several ways, yet are distant with each other. Around this are the romantic relationships of Chu's other two daughters, and their neigbours, a single mother and her child. As with many of these types of films there are secrets and tensions that are revealed at several dinners the family shares throughout the film.

I enjoyed this; it is warm and often funny, providing an insight into modern Taiwanese society, while also achieving a universality in its focus on love and family. Don't watch it on an empty stomach.
Posted by Julia Mac at 05:18