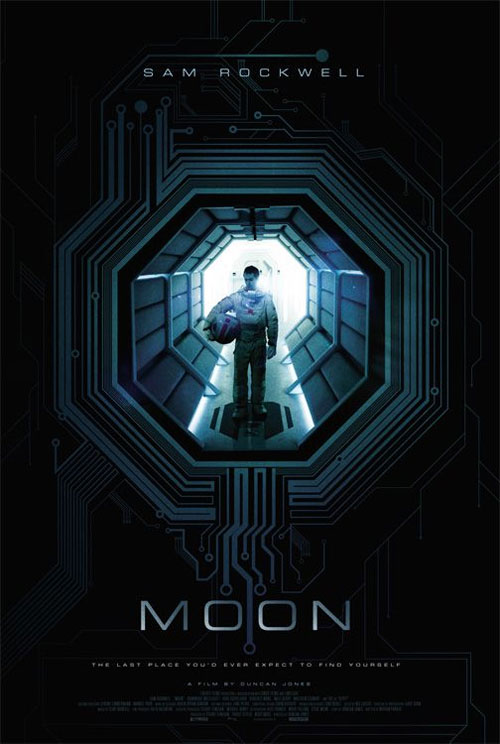 Duncan Jones, in making Moon, wanted to recall the science-fiction films of his youth, the films that came out in the late seventies and early eighties which were about ideas with a streak of bleakness to them. He certainly succeeded with Moon, which follows a man, Sam Bell, working solo on the Moon, mining helium-3 from the rocks. Sam is nearing the end the end of his stay, and is looking forward to getting home to his wife and young daughter who was born after he left.

Sam Rockwell, known for his comedy, is fantastic as Sam Bell. Bell is lonely to the point of hallucinating, his only companion being a robot, GERTY, with the voice of Kevin Spacy, who expresses emotions through smiley and frowny faces which belie his more complex emotions towards Bell's existence. The plot has a great twist early on which is too good to spoil, and it raises questions around destiny, free will and the significance of human life. The design of the film is beautiful, with hints to rebel bases in Star Wars, and Kubrick's Discovery One in 2001.

If you love science-fiction you will love this film, not just for its story, but for the references and allusions to other classics of the genre.
Posted by Julia Mac at 17:29