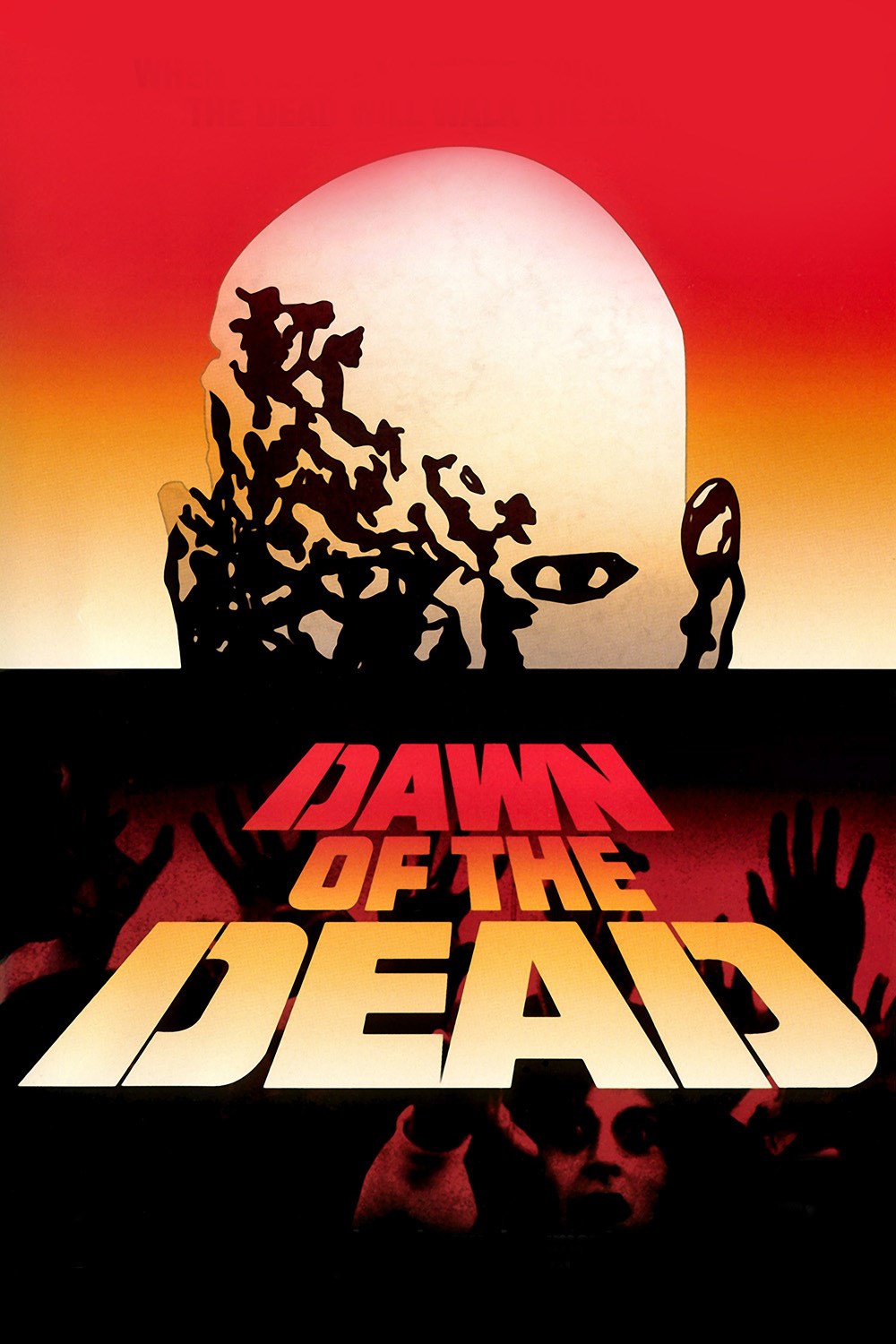 Romero's Night of the Living Dead was a bit of a revelation for me, as it was one of the films that made me realise that I do like horror films. Dawn of the Dead is the follow-up, made a decade later, set in the same universe but with a new story and new characters. It manages the tricky issue of sequels almost perfectly; it expands the world we have already visited, and develops ideas Romero explored in Night.

Romero's sense of humour is more prominent in Dawn, evident from the opening shot of red carpeted wall, which looks suitably fleshy. The majority of the story takes place in a shopping mall inhabited by our heroes and a bunch of browsing zombies trying to negociate the escalators and stairs. The comparison to mindless shoppers may not be subtle, but it is funny. The script is clever in its areas of threat, for the living dead are not the only ones out for blood; unscrupulous humans are even worse adversaries. Ideas about race are joined by gender, with Gaylen Ross' Francine Parker demanding an active role in the group, and becomes the one who learns to fly the helicopter.

This is a great film that happens to be a sequel to another great film, and unless you hate horror, there is a lot to enjoy in Dawn of the Dead. It is clever and funny as well as being truly scary and at times stomach-churning.
Posted by Julia Mac at 01:48