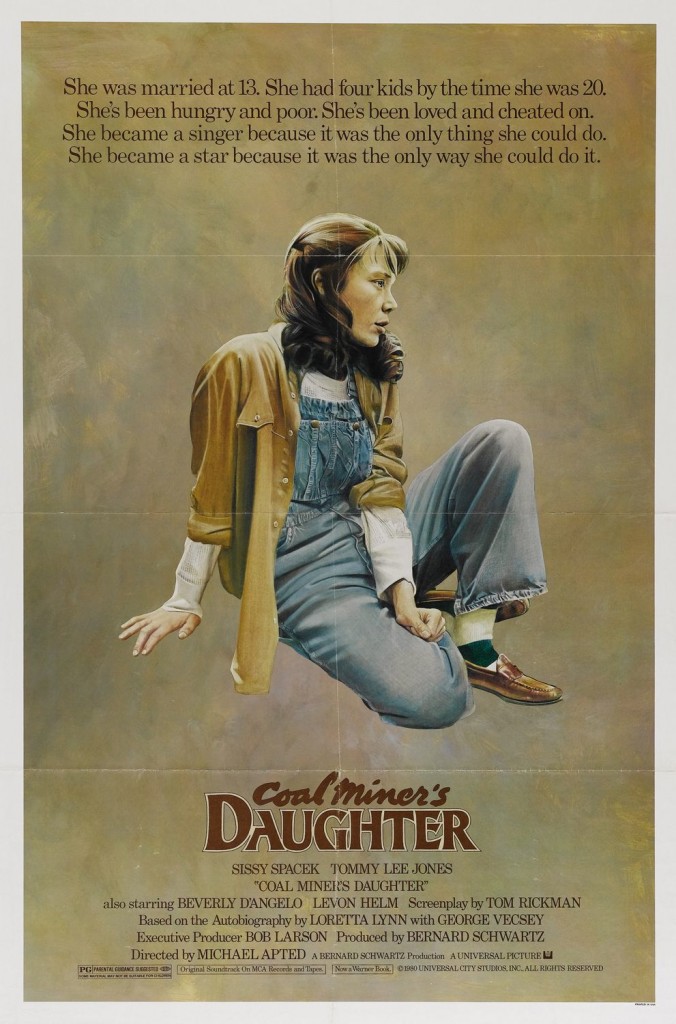 I always approach biopics with caution. They often rely purely on the success (or not) of the impersonation of the famous figure being portrayed, and a plot that feels more like a highlights reel of their life, with little in the way of insight into the person beyond the surface. That cannot be said about the Coal Miner's Daughter. Though it does follow the life of Loretta Lynn, and boasts an astonishing performance by Sissy Spacek, it also offers up insights into the poverty of her background, and her volatile yet supportive marriage to Mooney (played beautifully by Tommy Lee Jones).

There can be little argument about the power of Spacek's performance as Loretta; from doing the actual singing herself, to portraying her from fourteen to middle aged, the character feels whole and real. We see Loretta go from naive girl to mother to superstar, growing in confidence along the way. The only problem with her performance may be how it overshadows Jones' one as Mooney. Their marriage is the heart of the film, with all its complexity presented to us. While Mooney was not always kind to her, there is no doubting his belief and love for Loretta, and the movie argues that it was he who first recognised and encouraged her talent. The sequence of them on the road together, working hard to get her record played is lovely.

Despite not knowing anything about Lynn prior to watching the film (other than that she was a country and western star), and not being a fan of country music, I was knocked out by this film. It is one of the best biopics I have seen, and Spacek's Loretta is one of the screen's greatest performances. It shows how ageist Hollywood is in its sexism that Spacek doesn't get really any great roles anymore.
Posted by Julia Mac at 22:14