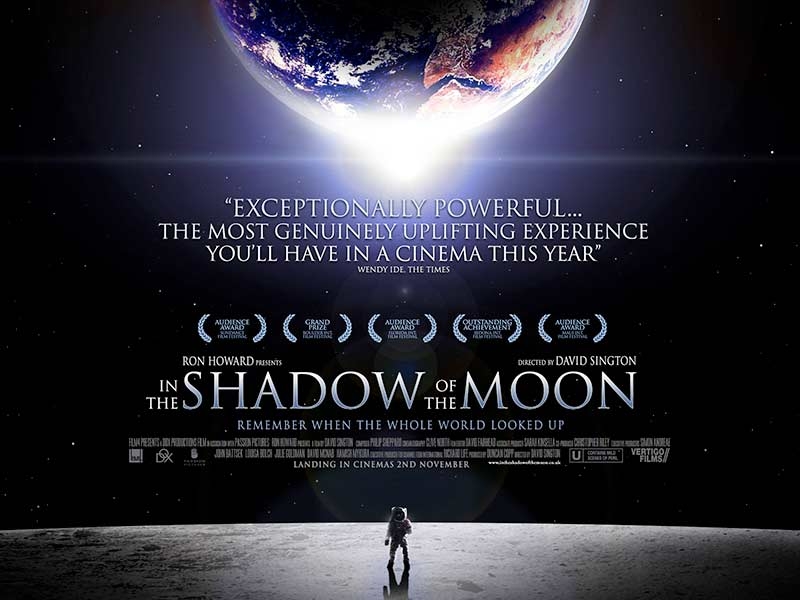 I find space fascinating, a sentiment I know several readers share. This week, in Australia, we were treated to the sight of the International Space Station visibly moving through the evening sky, and passing near (well, that's how it looked to us) Venus and Jupiter. Both planets are very bright in the night sky at the moment. This tangentially leads me to the documentary In the Shadow of the Moon, which looks at the Apollo 11 mission to land on the moon. The film features interviews with all the living Americans astronauts involved with the Apollo missions, except Neil Armstrong (who was still alive at the time). It also has previously unreleased footage from NASA.

These two aspects make this a really good documentary about the Moon landing. The astronauts share their physical and emotional reactions to the journeys they made, including details like whose heart rate rose (and whose stayed calm). They also reflect philosophically on what landing on the Moon and space travel means for humanity as well as for them personally. The most poignant insight was one astronaut talking about looking back at Earth; it looked so small, he could block it out of his vision by putting his thumb over it!

The film footage of the Moon is wonderful to watch, though I wasn't sure which parts were previously unseen. It doesn't matter anyway; it is all amazing to look at. This documentary is a must-see for space enthusiasts; try to see it on as big a screen as possible.
Posted by Julia Mac at 06:03