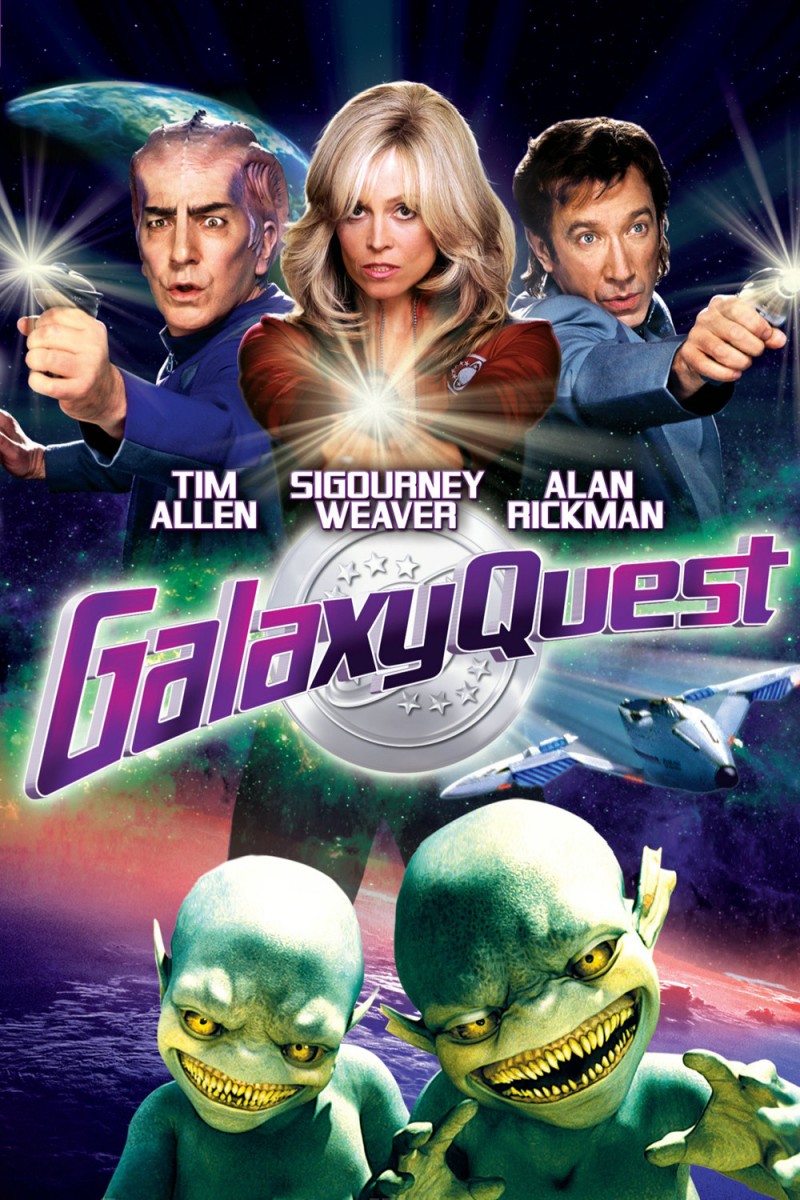 Good old local library, supplying me with a constant stream of eclectic films. I saw this on the shelf this week and grabbed it. I knew a bit about this film: it seems to have been on hard rotation on one of the TV channels in Australia. I didn't expect it to be so relevant. The fan behaviour depicted has only intensified in recent years.

Though the film clearly references Star Trek, the presence of Reigning Queen of Sci-Fi Sigourney Weaver also brings films like Alien/s to mind; one of Weaver's best lines is 'Ducts? Why is it always ducts?' There are many in-jokes for people who watch lots of TV sci-fi: the guy who appears in one episode to die (here called 'Guy'); the random hallway with a fatal obstacle course ('This makes no logical sense!); the apparently cute creatures that are actually deadly.

This film was clearly made by people with an immense amount of love for fans; they are the ones who get to save the day. Galaxy Quest is not without flaws and a few plot holes, but is really funny, particularly if you have any knowledge about fan culture (and these days it is hard not to).
Posted by Julia Mac at 06:25