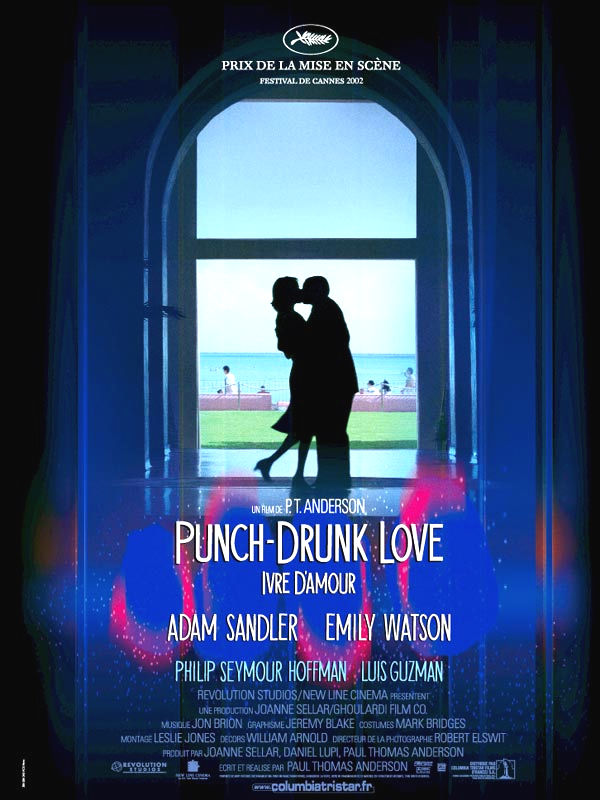 I watched this film yesterday and I am still not sure what I think about it. Adam Sandler is very, very good as the repressed Barry Egan, who has spent his life being put-upon by his seven sisters. His simmering anger is well delivered. I would never have thought to pair him with Emily Watson, but it does strangely work.

The film as a whole is rather elliptical, with things simply happening with no real explanation for them. While this is probably more realistic (life rarely offers clear reasons for things), it does prove to be slightly alienating. P.T. Anderson is an intriguing filmmaker, and I do want to see more of his work, but I haven't been captured by one of his films yet.
Posted by Julia Mac at 20:09