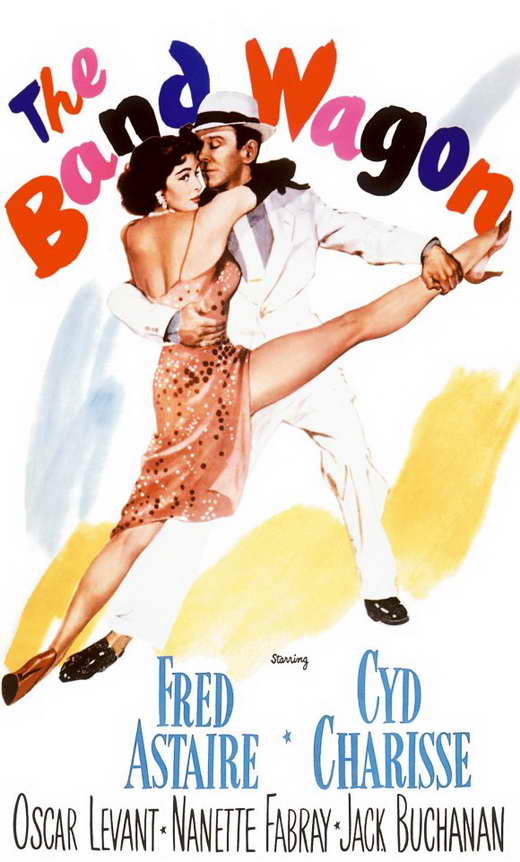 I had not watched a musical for a while, so I was looking forward to seeing The Band Wagon.  Sadly, for me, the film fell short. While it is unfair to compare anything to Singin' in the Rain, this film's chronological and thematic similarites invite such comparisons. There was only one song from this film that I remembered after watching it ('That's Entertainment'); the plot feels less focused, and the love story is rather undeveloped. I also didn't laugh as much as I would have wished.

Despite those flaws, there was some enjoyment to be had. Cyd Charisse and Fred Astaire are wonderful to watch dance, both doing solos and together; and the Noir/pulp number at the end is great. While not memorable, the songs are good, and the triplet song is incredibly well done. The gentle satire around the financing the play is funny; Jack Buchanan's pretensious director is a hoot!

I did enjoy this, but when one film reminds of just how great another one is, something is clearly not working. Perhaps if I had seen this during childhood I would like it much more.
Posted by Julia Mac at 01:16