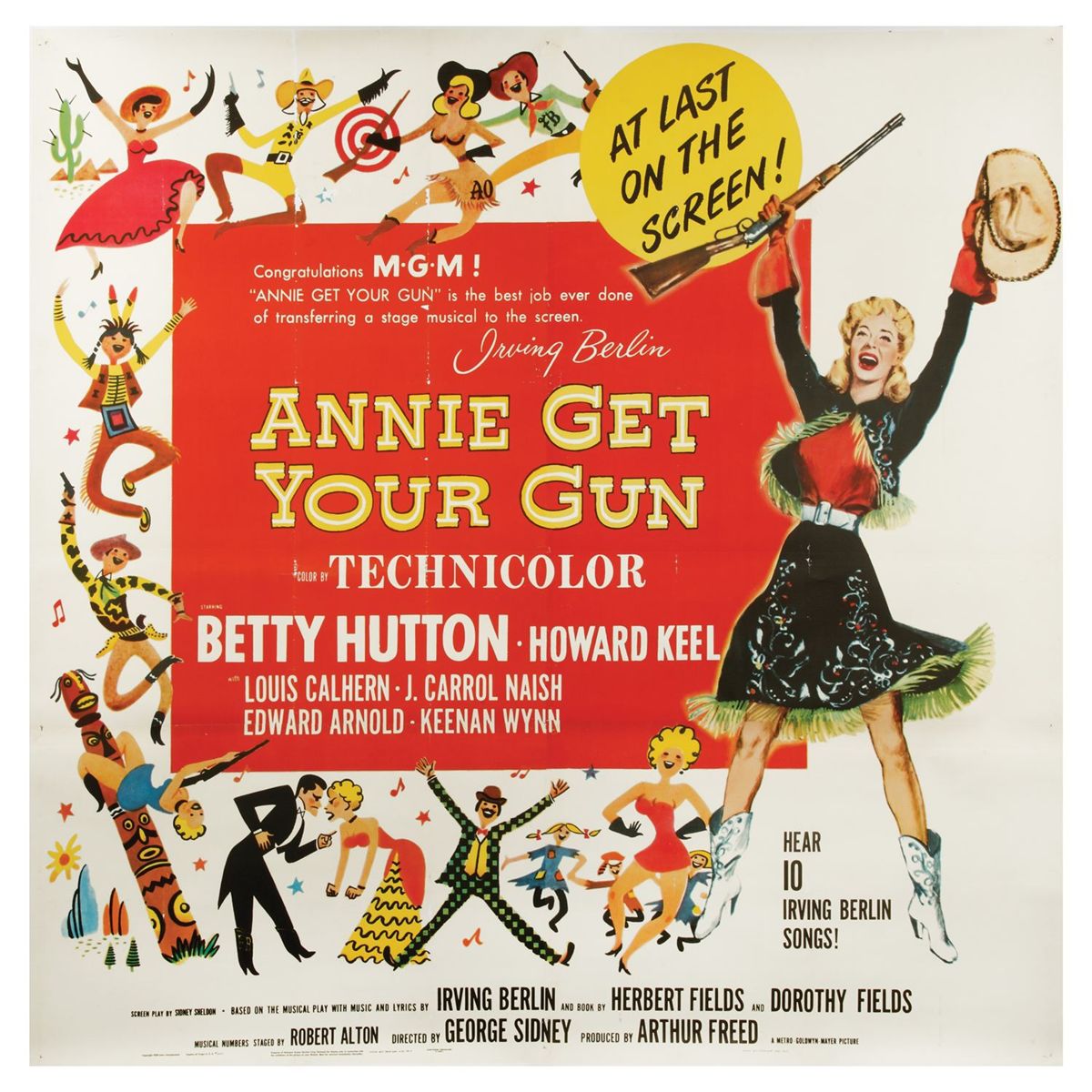 I watched Annie Get Your Gun on a rainy Sunday afternoon, the perfect climate for seeing a 1950s Technicolor musical. While not as polished as Calamity Jane, the Doris Day vehicle released by Warner Bros. in response to Annie's popularity, Sidney's film is a huge amount of fun. I recognised many of the songs, not realising this is where they orginated; 'There's No Business Like Show Business' and 'Anything You Can Do' are just two of them.

Betty Hutton's is not subtle by any means, but she plays Annie Oakley with such gusto and enthusiasm that I was charmed by her. Knowing that filming was difficult for her makes her performance even more impressive; many of the cast and crew were cold towards Hutton because she replaced an unreliable Judy Garland. As brilliant as Garland is on screen, I can't imagine her playing Annie with the same energy.

Some parts of the film have aged badly; the racial politics are cringeworthy, particularly the 'I'm an Indian, Too' sequence. If you hate musicals this is not going to change your opinion of them. I enjoyed myself, and would happily see it again, particularly the next time a lazy Sunday afternoon comes by.
Posted by Julia Mac at 23:17