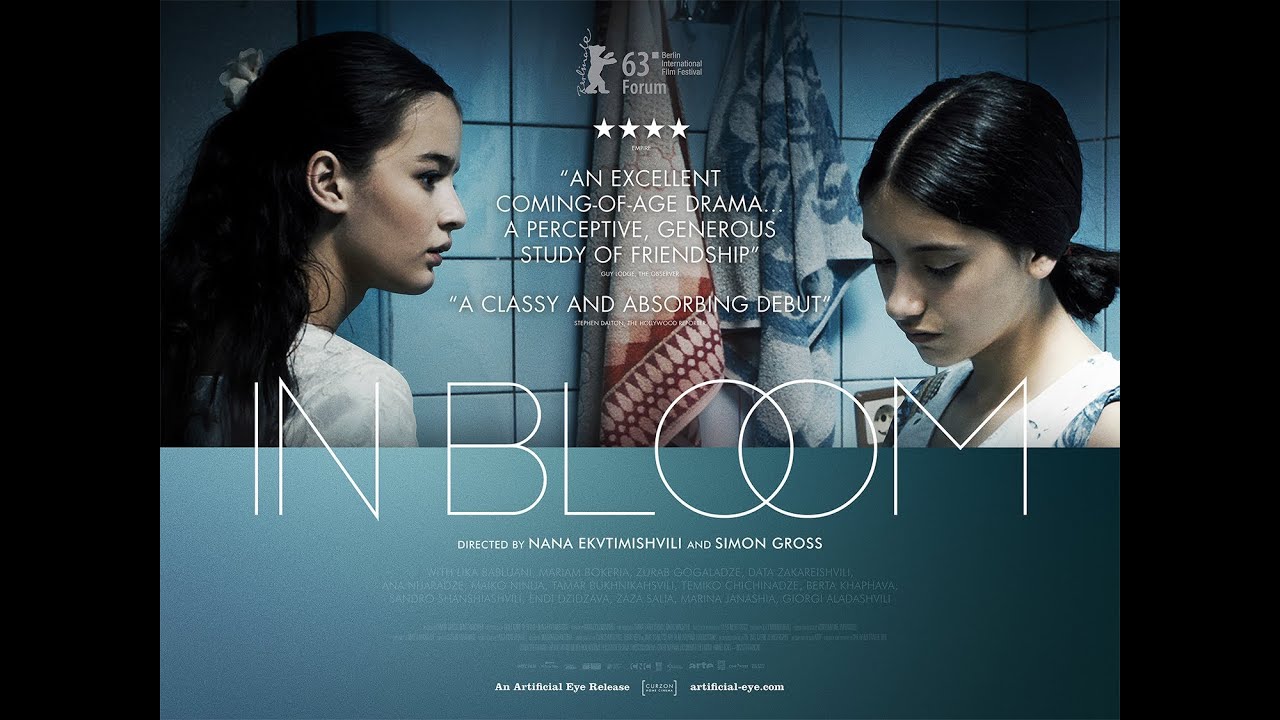 In Bloom is set in Georgia (country, not the American state) in the early 90s, shortly after the country's independence from the Soviet Union. The story follows two teenagers, Eka and Natia, as they grow up in this new society. Eka is the quieter of the two, and dealing with her father's absence (he is in gaol), while Natia says what she thinks, and is popular with young men. A gun moves between the two, passed on for protection from the boys they know.

This is a very good film, and forms part of my own quartet of recent films that beautifully portray female anger and frustration (the others are Mustang, Girlhood, and Wadjda). Eka is the main character of the film, watching her best friend end up married at fifteen, threatened with ending up stuck in a traditional, constrictive female role. The film in style reminded me of 4 Months, 3 Weeks, 2 Days, and I was chuffed to see that the two films share a cinematography, Oleg Mutu. The shots run for minutes without cuts, the most striking and beautiful of which is the scene where Eka dances at Natia's wedding. Her shy gaze (along with a black eye) is contrasted to her quiet confidence as her adolescent body becomes comfortable with the strong stances of the folk dance, a dance of celebration mixed with defiance, coming so soon after giving Natia the gun to protect herself.

I am loving the stories coming from non-Western, non-English language female directors about women. Their stories focus on the character's desire for real choice in their lives, moving beyond the conservative, restrictive cultures they live in. Their anger and defiance is largely missing from Western coming-of-age stories about young women, partly because we are not as conservative. But I would love to see more of it in mainstream films, or that young girls are able to see films like these.
Posted by Julia Mac at 22:01