Scener ur ett äktenskap (Scenes From a Marriage) (1973) 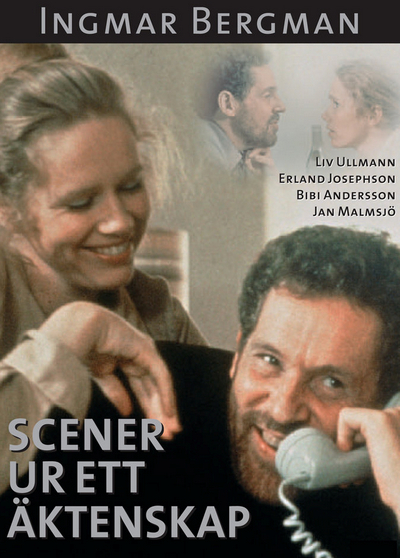 While this was broadcast as a television series, and the story is told in sections, I watched it as a (really long) film. Wikipedia tells me the theatrical version (which I watched) is 167 mins to the 281 mins for television; what was left out I don't know.

Over almost three hours we follow Marianne and Johan (Liv Ullmann and Erland Josephson) as they examine the changes in their relationship; think the Before series of films. While the first few 'episodes' have other characters in them, the rest are just Ullmann and Josephson talking to each other. Their performances are very, very good; the changes in the dynamic of their relationship are beautifully moved through. How much of the dialogue was scripted and how much was improvised I don't know; they speak it so naturally.

The cinematography style is a very still camera, with many shots lasting for minutes with no cuts. There is little 'action' in terms of people striding around amazing sets. Instead we have intense conversations happening in small rooms, made to feel even smaller through the close-ups on Ullmann and Josephson's faces.

Each Bergman film I watch makes me appreciate him as a director. Scenes From a Marriage demonstrates how good he is with actors and characters; his eye for explaining characters through gestures and body language as well as dialogue. I am interested in seeing the five hour version, even though Marianne and Johan are not always fun to be around!
Posted by Julia Mac at 04:25