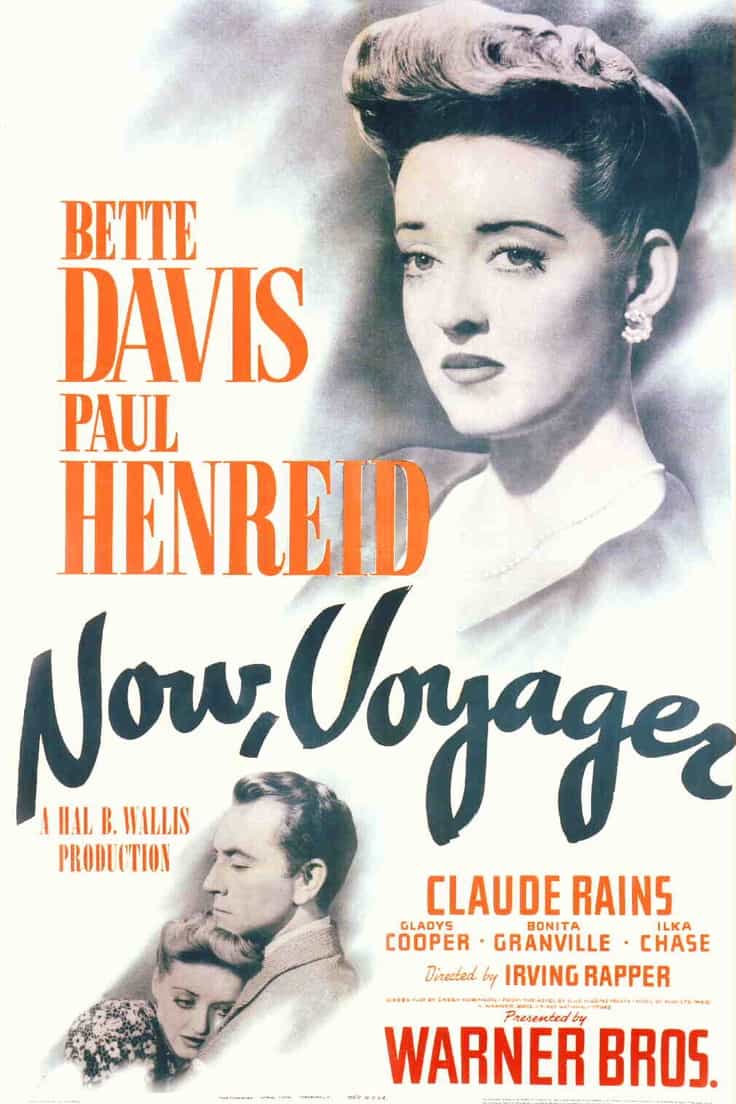 Ah, the 'woman's picture,' a concept based around the fact that only women want to see dramas about women, unlike dramas around men, which are seen as more universal. Bette Davis was one of the queens of this genre, and this film is one of its exemplars. We have a woman, Charlotte, shaping and being shaped by the relationships in her life: her mother, lover and daughter figure.

Davis and Paul Henreid are very good together, their attraction palpable and believable. As with many child performaces of this period Janis Wilson is a touch overwrought, but that actually works with her character. The plot keeps going, and felt overwritten at times. The ending is so famous that the last line is become cliche, and almost induced a smirk.

I often like a bit of humour with my films that deal with relationships, and think Now, Voyager could have benefitted from a few moments of levity. Other than that a good film with a strong performance from Davis; though really, what else do you expect from her?
Posted by Julia Mac at 23:15