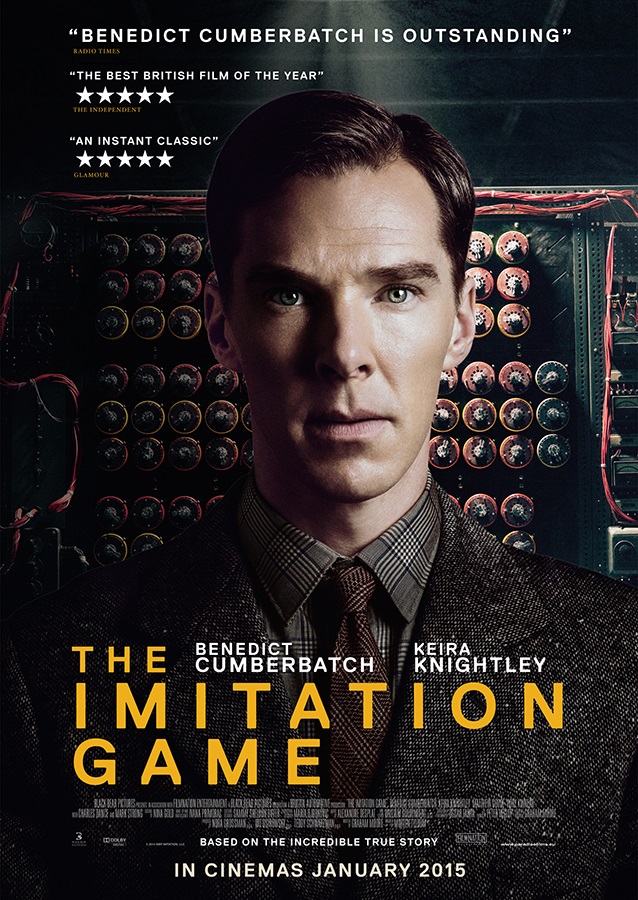 I am a big fan of Benedict Cumberbatch: I have even met him in person (he is not as tall as you would think!). The buzz about his performance in this film is well deserved: he is very good as Alan Turing, giving him reserved depth underneath Turing's socially-awkward surface. I wonder if the opposition to Turing's ideas was so pronounced as it was portrayed in the film, but you need tension to create drama, so it is forgiveable. Alex Lawther almost out-shines Cumberbatch with his performance as the young Turing, and the two performances edit together well. Keira Knightley was a standout for me, playing Joan Clarke with intelligence and compassion. The part felt slightly underwritten, but she makes Clark very interesting.

This is popular telling of history, giving its audience a very 'readable' version of events. For myself I would have liked a little more focus on the goings-on at Bletchley Park, and less on the relationships and espionage plot. But that is purely my own personal taste.

The computer Cumberbatch's Turing builds is the film's other star; it looks beautiful and I loved the many close-ups on its spinning, whirring cogs. Computers today may be smaller and far more powerful, but they are not nearly as visually compelling.

The film makes you want to find out more about Turing as a person, and is highly sympathetic to the barbaric sentence given to him for his homosexuality. He is now being rightly recognised for his work, which has contributed much to our tech-infused society.
Posted by Julia Mac at 19:52