The Tree (2010) is an Australian-French co-production, based in Judy Pascoe's novel Our Father Who Art in the Tree. After Simone's father, Peter, dies from a heart-attack in his truck on the family's property in southern Queensland, she believes that his spirit now inhabits the giant Morton Bay fig tree that is rooted near the house. Tension occurs when Simone's mother, Dawn, begins seeing a plumber. As the tree drops branches on the house, and its roots threaten the plumbing and structure he suggests that they cop it down.

This film falls into the spiritual outback category of Aussie films. It has a lovely lyrical quality, with its close-ups of the elephant-like bark of the tree. At the top of the tree's trunk is a platform that Simone and her mother snuggle into on occasion, the branches embracing and holding them. The breeze in the leaves whisper responses to Simone's own whisperings. Parts of it reminded me of the close-ups of nature in Nicolas Roeg's Walkabout, but with a less visceral overtone.

The Tree is an obscure Australian film, despite the calibre of the cast, particularly Charlotte Gainsbourg and Marton Csokas. It is also a French-Australian co-production, a permutation that rarely occurs.

The use of the tree is clever way to explore different responses to grief. Dawn (Gainsbourg) remains deep in her grief for the first half of the film. She can't keep the household together, instead relying on her older son to pick up the slack. Simone (Morgana Davies) is eight, and one could argue that her belief in her Dad's present spirit is misguided, but the film doesn't condescend to her. In fact, it sticks close to her viewpoint, offering no definitive answer to this belief.

After Dawn emerges from her grief after she begins working for a local plumber, played with rugged temptation by Marton Csokas. One night, the tree drops a huge branch into her bedroom; instead of getting angry, Dawn gets into bed, surrounded by the strong branches and leaves and feels comfortable and happy. She, like Simone, feels closer to Peter through the tree.

This complex and intelligence exploration of grief is bolstered by what I consider the film's greatest drawcard: the wonderful, and wonderfully named, Morgana Davies. She is the film's emotional backbone, a weight that her young shoulders carry with aplomb. Her performance is one of the best child performances I have ever seen, and if the topic doesn't interest you, I would urge you to see simply for her. 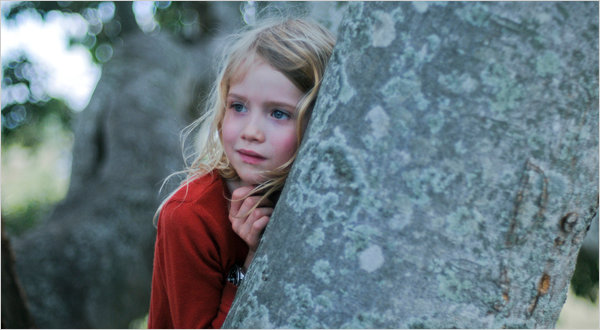 The rest of the performances are strong as well; Charlotte Gainsbourg is very good as the grieving wife and mother, and handles the vacillating aspects of the character well. Marton Csokas is also good as the outsider who disrupts the family unit. The children are all good, and the dynamics between them are recognisable.

It is not a huge film, but I really enjoyed it; it is quietly beautiful and deep, with a wonderful depiction of Australian country life at the heart of it.