Based On: Emma and Clueless 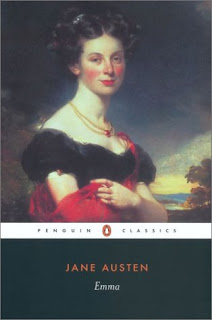 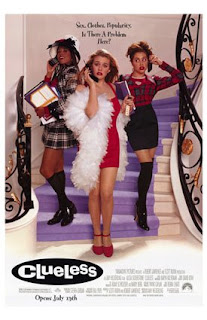 Many filmmakers seem to throw out subtlety when they adapt the classics. Rather than presenting a reading of the source material, focusing on themes and character psychology, they go all out on the look of the film and neglect the story. Even if they do some of those things, it is hard to see past the costumes and wigs and horses and carriages, broody men in cravats, and rose-coloured nostalgia.

Nowhere is this more true than with Jane Austen's novels (which I love). I have always been interested in adaptations of the novel, but I rarely love them; and even those I have loved, like the BBC one from 1995, I have become a bit detached from. For me, most adaptations miss what I love about the novels: the humour and subtle satire. Instead they focus on the look of the period, and turn the stories into occasionally simpering, syrupy love stories that leave me highly unsatisfied.

Amy Heckerling's Clueless knows what is so great about Austen's novels. It is based on Austen's 1815 Emma, which is about twenty-one year-old, snobbish match-maker Emma Woodhouse. It follows her as she befriends lowly Harriet Smith, flirts with Frank Churchill and frustrates her friend Mr Knightley. Throughout this she discovers harsh and surprising truths about herself and people around her. Clueless' Cher undergoes a similar transformative path to Emma in the film. She gives a makeover to new girl Tai, flirts with Christian, and frustrates her ex-step-brother Josh. She also has to face up to certain truths about herself, largely about her feelings towards Josh.

I contend that Clueless is the best adaptation of Emma so far. It takes Austen's satirical eye and applies to 1990s' youth culture. Both film and novel focus on overly confident young people living in contained communities: Highbury for Emma, the Valley and Bronson Alcott High School for Cher. Both Cher and Emma are the centre of sophistication in their societies, and wield quite a lot of power (though it is not always used wisely).

Emma and Clueless deal with contemporary issues and ideas; this is in contrast to most adaptations, which are modern reconstructions of the past. Austen focuses on issues surrounding marriage, and love, friendship and class, and self-knowledge for young Regency women; Heckerling explores ideas about love, sex, friendship and groups, and self-knowledge in 90s youth culture. This is what allows the satire to work.

Heckerling cleverly uses costumes to accentuate her comedy. The first scene is Cher's extensive wardrobe, and her computer program that allows her to create her outfit for the day. But, as she tells us in voiceover, 'I actually have a way normal life for a teenage girl.' Her clothes are highly fashionable, too fashionable to wear to school; in her rather iconic yellow suit Cher looks like she has walked out of a commercial. Cher's friend Dionne is the same. 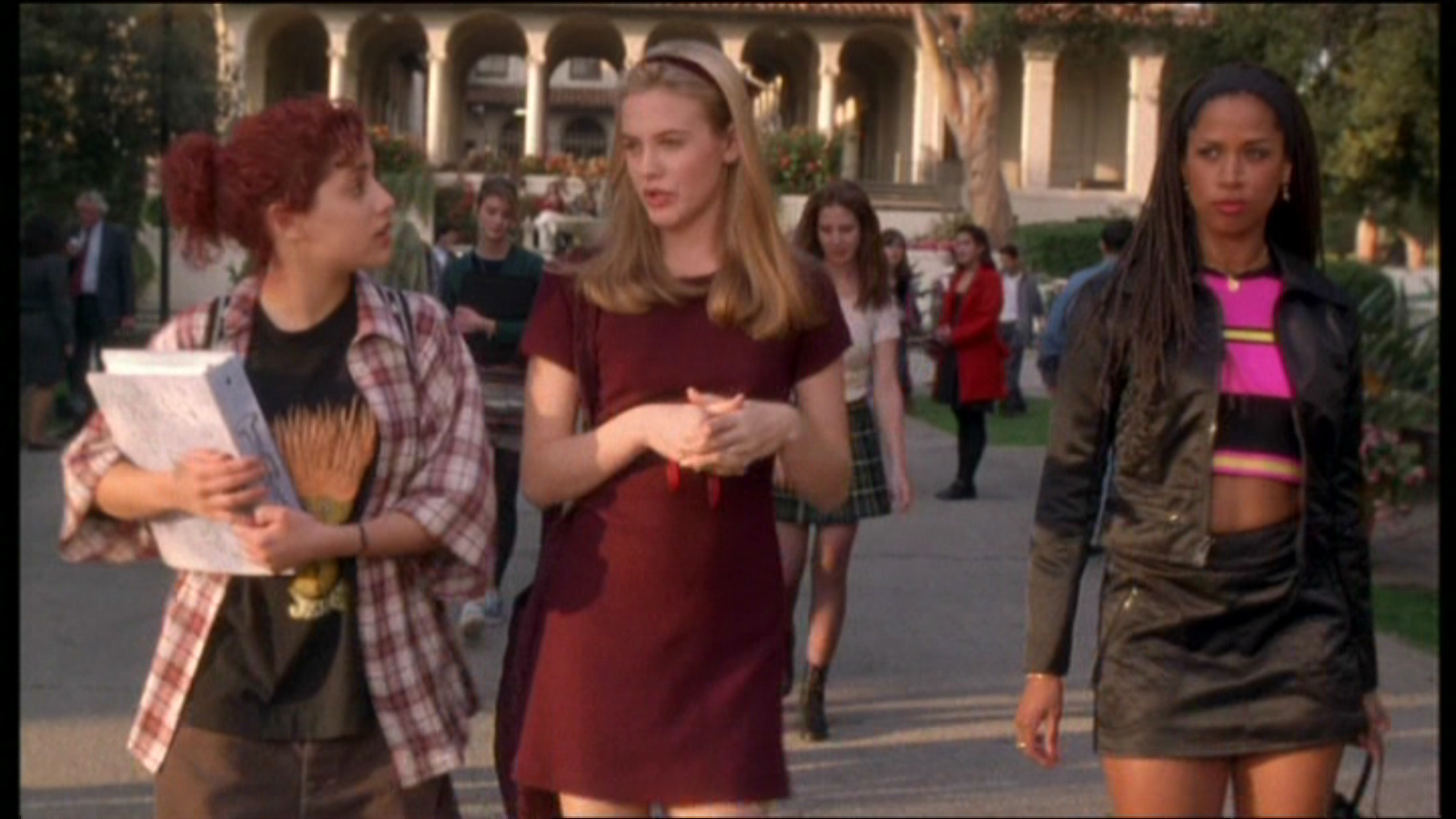 The costumes are also used to distinguish the different cliques or 'classes' within the school group, much like the mixture of classes in Emma. Tai, the new student, looks like a 'farmer' in her plaid shirt, and is obviously not as wealthy as Cher. Amber is a cheaper version of Cher, and her clothes are far more tacky. Murray, Dionne's boyfriend, wears a street style. Everyone is aware of these differences, Cher in particular. She says

'So, OK. I don't wanna be a traitor to my generation and all, but I don't get how guys dress today. I mean, c'mon, it looks like they just fell out of bed and put on some baggy pants, and take their greasy hair—ew!—and cover it up with a backwards cap and, like, we're expected to swoon? I don't think so!'

This mixture of different cliques is comparable to the mixture of differing classes in Austen's novel. Wealthy Emma associates with her old governess Mrs Weston, parentless, poor Harriet and Miss Bates, who has slipped into poverty. Many of the novel's tensions come from these relationships, and some of Austen's satire is around the interaction of the different classes, and how her heroine reacts to them (largely in comparison to Mr Knightley). Josh, the Knightley character, is above this world, being a college student. He constantly makes fun of Cher's insular world, much the same way that Knightley tries to tell Emma that there is more to the world than Highbury.
Clueless is a very funny film with a witty and sharp script. The audience is guided throughout the film by Cher in voiceover, who dishes out wise advice and observations about being a teenager:

'Anything you can do to draw attention to your mouth is good. Also, sometimes you have to show a little skin. This reminds guys of being naked, and then they think of sex.'

Heckerling also captured Valspeak with a liberal peppering of 'As if!' throughout, along with Alicia Silverstone's performance with its high rising inflections. The dialogue is also wonderful and highly quotable.
Tai: 'Why am I even listening to you to begin with? You're a virgin who can't drive.'
Cher: 'That was way harsh, Tai.'

And my personal favourite: 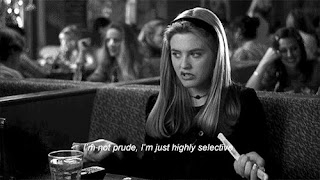 Dionne: 'Cher is saving herself for Luke Perry.'
Tai: 'Cher, you're a virgin?!'
Cher: 'God! You say it like it's a bad thing.'
Dionne: 'Besides, the PC term is "hymenally challenged."'

Cher: 'I am just not interested in doing it until I find the right person. You see how picky I am about my shoes and they only go on my feet.'

The film is slightly self-reflexive in its depiction of teenagers engagement with the classics. Cher mentions Shakespeare twice during the film, first quoting sonnet 18 ('Shall I compare thee') from 'Cliff's Notes'; and then corrects some on a quote from Hamlet ('Well I remember Mel Gibson accurately'). Many teenagers experience the classics through the prism of pop culture, and for many Clueless is their first experience of Austen's Emma. Heckerling is clearly aware of this, and plays it for laughs.

To call this film the best adaptation of Emma is high praise from me, being a massive Austen fan. It takes Austen's gently satirical approach to teen movies, and injects wit into them. These young people may not be classically literate, but they are not stupid. In Australia several years ago (and it may still be the case) Emma and Clueless was an option for the comparative literature section of final leaving exams. I did not get to do it, much to my chagrin, so this post is largely me getting all of this off my chest.
Do you think this is a good adaptation?

Email ThisBlogThis!Share to TwitterShare to FacebookShare to Pinterest
Labels: Based On, Comedy, Romance