The rom-com is one of the most despised genres of film. The mediocre or bad ones have derision heaped upon them. Their utterly predictable outcome is bemoaned by many; what's the point of watching the film if you know how it will end up? And do not forget the unrealistic expectations it gives people about relationships!

For me, the second point is rather ridiculous: most people are not silly enough to believe that films represent actual life. And while predictability is sometimes problematic, it is not only restricted to this genre of film (in fact most genres are guilty of this because of the very nature of genre). So why is the rom-com often singled out?

Without putting forward a rather sexist response, I can't answer that question. Instead I'm going to talk about the rom-coms I think are great, brilliant, wonderful, perfect, all the superlatives you can think of, and why. First up, one of my absolute favourites: 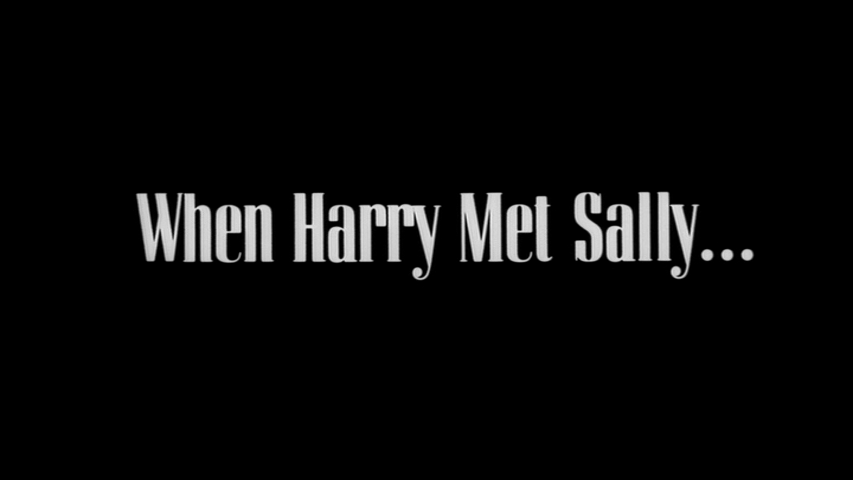 When Harry Met Sally (1989) details the relationship between Harry and Sally, moving from the first time they meet, when they didn't like each (or at least one of them didn't), to their friendship that eventually tumbles into love. This happens over the space of 12 years (and 3 months!).

Though the main plot is linear, there are two things that are different from most rom-coms Hollywood produces. Peppered throughout the film are 'interviews' with older couples talking about how they met. These characters are not involved in the main plot, and have no tangible connection to the characters. But they are connected thematically, contextualising Harry and Sally's story within the multitude of other couples' experiences. This is not meant to be a representation of how all relationships are, but just one of many different stories that could be told. 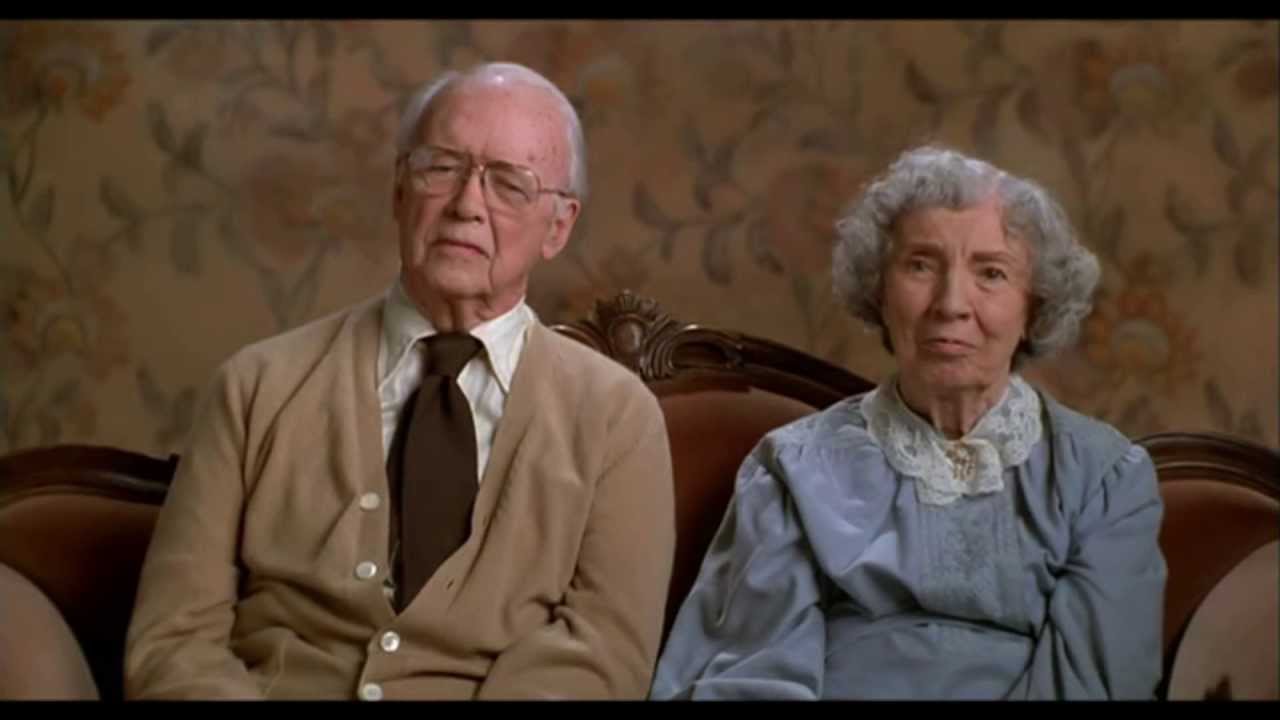 These stories do reveal the ending to us, for all the couples are married and many have been together for many years. It is implied that is the result for Harry and Sally. But we don't know the unique story of how they got there.

The second difference is a bit more subtle. The plot plays out in chronological order, but there are gaps in the actual timeline. Between the drive to New York and seeing each other at the airport, five years pass; after that five more years pass before they actually start getting to know each other properly.

Coincidence plays a large part in their relationship. 'Destiny', that old rom-com staple, is not what compels them together; they hardly think of each other in the intervening periods. And, although genre conventions dictate that people who start off hating each other come to like each other, those films are rarely set over such a long period of time, and thus the transition feels forced. When Harry Met Sally allows the characters to change in a more natural way, and are influenced by factors other than each other.

Dialogue is incredibly important for films about relationships, and this film has some of the best lines in film history. Of course, everyone knows the (in)famous 'I'll have what she's having,' but there are many Nora Ephron gems in this script. 'Baby fish mouth' is a hilarious moment, and for me is now a saying; Sally's deadpan 'It's amazing, you look like a normal person, but actually you are the angel of death' is fabulous. Most of Harry and Sally's exchanges are wonderful, but the films declaration of love is perfection:

Sally: You see, that is just like you Harry. You say things like that and you make it impossible for me to hate you! And I hate you Harry, I really hate you …. I hate you.

Great dialogue is all well and good, but Ephron also wrote great characters. Harry and Sally are not bland stereotypes; Sally may be high maintenance, but she is not a shrill, demanding person. Harry is at times cavalier in his relationships with women, but he is also coming to terms with a painful divorce, which has understandably rattled his approach to commitment. They also have small quirks particular to them: Sally orders food in such detail that I assume it often comes seasoned with spit (not on the side!), while Harry reads the last page of the books he reads just in case he dies before the end. These don't affect the plot, but they help flesh out these characters.

The supporting characters are just as well-drawn. Jess and Marie, Harry and Sally's respective best friends, could almost have a film of their own. They are not simply there to offer advice to Harry and Sally but have their own story arc, which involves falling in love and marrying each other, all in the time it takes Harry and Sally to figure out how they feel for each other.

One cannot talk about this film without mentioning its huge debt to Woody Allen's films. I saw this before I saw any of Allen's films, and when I watched Annie Hall I was struck by the similarities: set in New York, smart-talking characters; Sally reminded me of Annie, Harry had aspects of Alvy. This is in no way a bad thing; Allen's rom-coms are some of the best out there, and if you are going to be a bit derivative, take from the best!

It is interesting to note that the film was originally going to end with Harry and Sally not getting together, an ending which some like Rob Reiner, Nora Ephron and Carrie Fisher have said would be more realistic. They may be right, but this approach takes me back to the 'unrealistic' tag thrown at many rom-coms. The film is not a definitive answer to the question 'Can men and women just be friends?' but an exploration of that tension. As the couples show us, everyone's story is different, so an attempt at 'truth' is rather irrelevant. 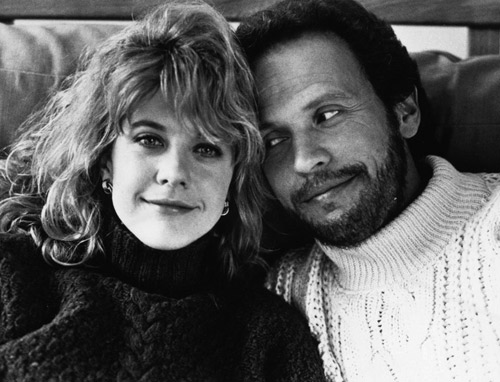 I first watched this when I was fifteen and I have loved it since. It is not just a great romantic comedy, it's a great, brilliant, wonderful and yes, perfect movie.