Based On: A Clockwork Orange

Stanley Kubrick's film (from 1971) is a perfect example of a film adaptation that complements the source material. Anthony Burgess' novel is a vividly described story of 15-year-old Alex and his ultraviolent escapades with his droogs. After one particular incident results in a woman's death, Alex is sent to prison, where after two years he undegoes a new radical therapy, the Ludovico Technique, that will get him released in a fortnight. But what price is his freedom? Is he really free?

Kubrick's films follows the novel's plot quite closely, and asks the same questions regarding authority and government against the rights of the individual, and how the ability to make choices rests at the heart of what it means to be human. The greatest deviation from the novel's plot is the final chapter, which is completely left out. This is because the American edition of A Clockwork Orange thought it too sentimental and exorcised it, much to Burgess' chagrin.

The last chapter alters the trajectory of Alex's character significantly (if you are squeamish about spoilers, you should know better than to read analyses of films and books you haven't experienced!). In the film Alex is 'cured' of his negatively reinforced moral behaviour, leaving the audience with a stare similar to the one we were welcomed with in the film's first frame. In the novel, Alex begins to yearn for a different life, and envisages having a wife and baby son. 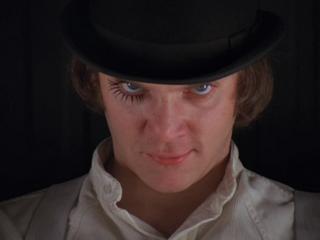 Which ending is better? In my opinion, neither. Though the book may feel slightly too neat, it does show growth and change in Alex's character. Remember, he is 15 at the novel's beginning; he appears to be going through a rebellious stage, and is yet to mature. Film Alex is back to the way he was at the beginning, implying his two-year ordeal has not fundamentally altered him at all. However, film Alex appears to be a few years older than book Alex, maybe seventeen, so perhaps his is too set in his ways. And he does have a clearly defined idea to rebel against: the government, and the cruelty of society he experienced after prison. Why choose to be better when no one else does?

Burgess' novel is told in the first person, and Kubrick keeps that element with Alex providing a voiceover throughout. As in the novel, Alex frequently address the audience with 'O my Brothers,' drawing us to side and sympathise with him. Malcolm McDowell is brilliant in the role. Despite being in his late twenties at the time, he infuses Alex with a youthful exuberance and charisma that endears him to the audience. This is ultimately what makes the film work. Without it, we would be glad that such a violent individual is spiritually castrated; with it we empathise with his situation.

'It's not fair! It's not fair that I should feel sick when I hear lovely, lovely Ludwig Van!'

Film has the upper hand over books in its ability to incorporate other art forms into its medium. You can show them or play them, along with the characters reactions; a novel only gives us reactions. In A Clockwork Orange music plays an integral role in the story, and throughout is associated with torture. Alex loves classic music, and its association with the sickness during the Ludovico Technique is the most devastating aspect for him. In the novel all music is ruined for him; in the film only the '9th' (Beethoven's 9th Symphony) is associated with the sickness.

Kubrick litters classical music throughout his film, but it is not always rendered 'purely.' During the famous Ludovico Technique scene where 'Ludwig Van' is playing over the images, we the audience hear it played, but it is on an electronic instrument. I found myself hearing parts that I recognised, but could not get the flow of piece in my head. The effect is deliberately unsettling. We do not get the full blast of the piece until later, when Alex is being tortured by the author.

The author's torture of Alex is payback for an earlier dose of ultraviolence Alex had served the man and his wife in the story; Alex and his droogs beat the man and rape his wife in front of him. In the film Alex sings 'Singin' in the Rain,' kicking the man to the beat of the song. Later in the film, in a move similar to Peter Lorre's whistling in Fritz Lang's M, Alex sings the song whilst relaxing in the author's bath. The author, like Alex with the '9th', has a negative association with the song, and he loses all sympathy for Alex's plight. 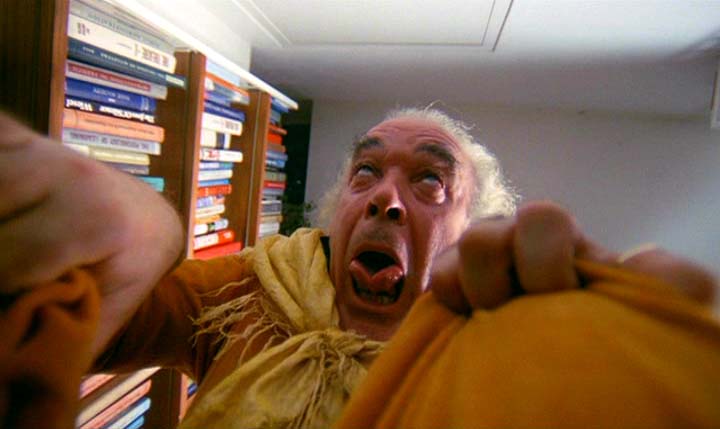 Kubrick and Malcolm McDowell's use of 'Singin' in the Rain' has a similar effect on the viewer as it does on the author from the story. Now when I hear the song, I get a strange mixture of Gene Kelly and A Clockwork Orange in my head. 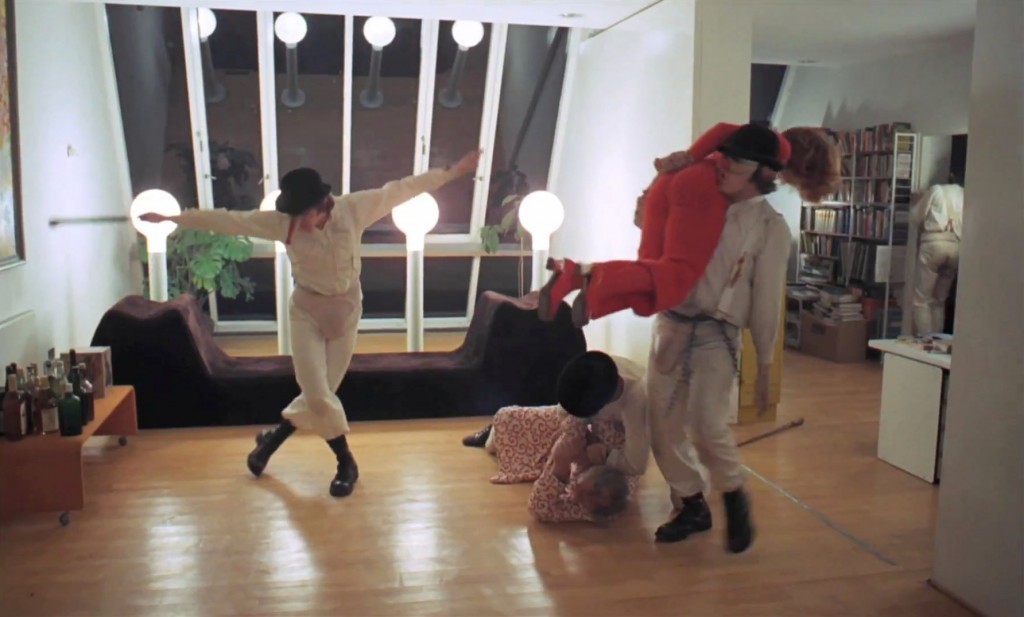 The film and book of A Clockwork Orange are great companion pieces, each enhancing the other. With the novel, you have the full onslaught of Nadsat, a remarkable invention by Anthony Burgess. With the film, you have the music which will forever be associated with the stunning visuals of Kubrick's film.

Email ThisBlogThis!Share to TwitterShare to FacebookShare to Pinterest
Labels: Based On, Kubrick