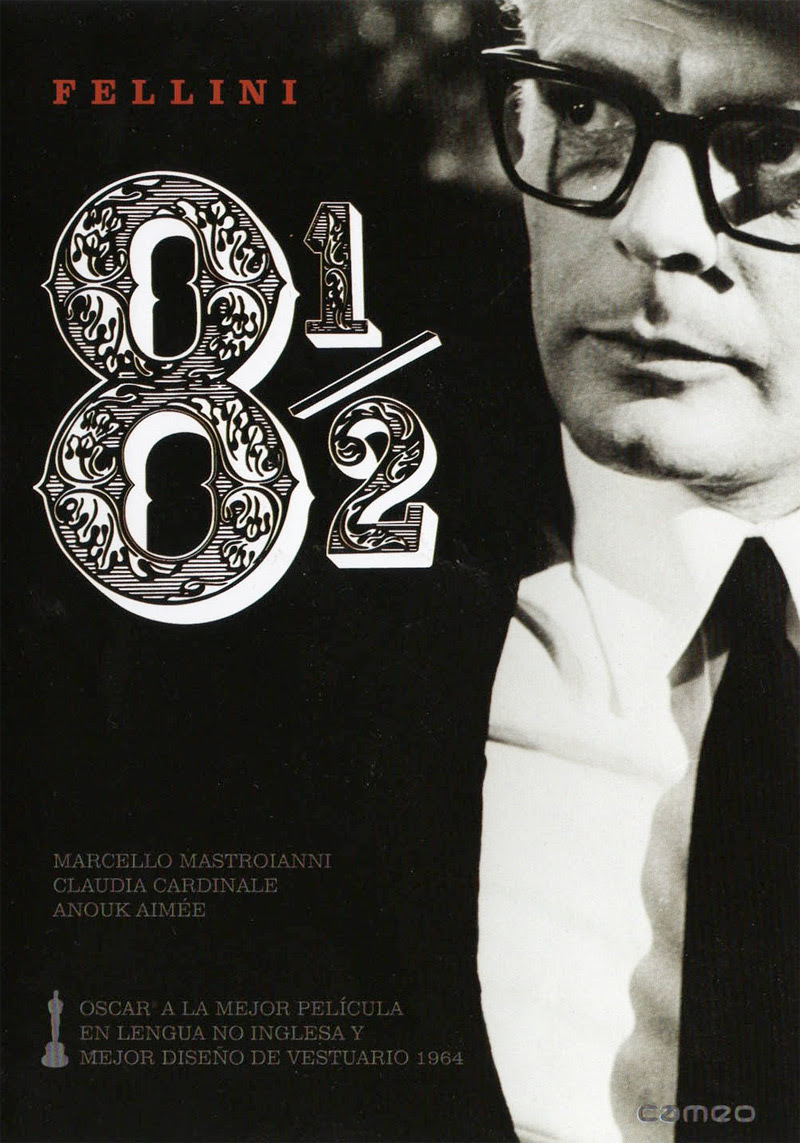 I can imagine that a lot of people believe  European 'classics' of film history to be dry pieces of drama, trudges through tormented souls, filled with almost impenetrable symbolism and dourness. Why do I think this? Because I once believed this too, back when my film diet was devoid of the likes of Bergman, Kurosawa, Ozu, Kieslowski, and Fellini. Of the last of these, Fellini has a lot of comedy in his films, with his wry but sympathetic portraits of ennui. 8 1/2's Guido is a director who appears to be suffering 'writer's block' which has prompted a whole life crisis, particularly regarding his relationships with women.

The film is rather episodic, and there is little differentiation between Guido's inner and outer worlds, making the whole film a subjective experience. Guido's own mind seems to be chastising himself for his treatment of women. There is a very funny scene, which we assume is inside Guido's head, where all the women he has ever known meet in the bathing room of a villa and discuss their experience of Guido with each other (and in front of him). What starts out as general affection becomes critique, as a show girl speaks of how Guido treated her with dismissiveness.

This scene is expanded upon in the film's climax with a huge gathering of people who dance around with Guido with joy and smiles, including several dead friends and relatives. Again, the reality of this scene is dubious, and reminded me of Malick's Tree of Life, where the family are all reunited on the beach in Heaven.

The black and white cinematography is beautiful; we are in a shadowy part of Guido's life and mind, as he tries to figure out what to do with his life. The acting is good, though as was typical in the 60s, the actors have dubbed their voices, creating a disconnect between the image and the sound. This works for this story of disconnect and alienation.

I have liked Fellini so far, as he manages to draw comedy out of situations of self-investigation. This reminded me of some of Chaucer's lesser known poems, where protagonist's dreams take them on a journey into their psyches, presented with humour. Definitely a film I shall revisit.
Posted by Julia Mac at 04:10