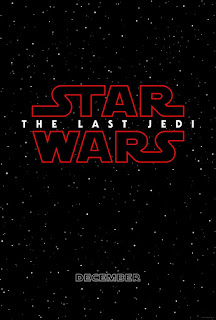 Well, I liked it.

So much has been said about Johnson's installment in the Star Wars trilogy, and a lot of it is divisive, that it is hard to formulate your own individual response. You end up answering the criticisms of others. And as I heard a few of the general criticisms before I saw the film, I had them floating in my mind while watching the film.

I am not someone who engages with any of the non-films storylines of the Star Wars saga. So for me the films have to work with the other films; you can't explain away any plot holes or inconsistencies with "Oh it is explained here in this story, or comic, or wherever." They have to work as a whole, which is one of the reasons the prequels don't work; they created more answers, and I do wonder if Lucas actually watched the first three before he scripted them.

I was excited to see the new Star Wars films, having enjoyed The Force Awakens with its new characters, well-constructed script and polished and rather beautiful cinematography. And for the most part, The Last Jedi delivered similar levels of brilliance. The only area I thought needed work was the structure of the script regarding Finn and Rose's plotline (a criticism others have made).

I enjoyed the focus on the nature of The Force and the platonic attraction between Rey and Ren. The "good guys" and "bad guys" in Star Wars are usually so diametrically opposed that it is hard to imagine a "good" character going bad (hello Anakin in the prequels). But Johnson cleverly explored this through the Force channel between the two, as well as Luke's fall from grace.

I could say a lot about the film, but simply saying I overall enjoyed it feels enough. Seeing Carrie Fisher on the big screen one last time was bittersweet. She is wonderful, and though it was not intended to be a farewell the film does provide a lovely last arc for Leia's story.

It is certainly a different Star Wars than what we are used to seeing, but for me that is fine.
Posted by Julia Mac at 01:46 No comments: